Sometimes we develop our most useful skills without conscious intention.

I never thought that would turn into something I felt called to do—much less that it has a name.

Almost three years ago, UU World magazine invited me to edit The Interdependent Web. My editor gave me freedom, support, and the opportunity to practice curation, week after week.

Here’s a window into my process.

Since August of last year, when I returned to The Interdependent Web from maternity leave, I have done this work while also adjusting to life as a new parent. Liesl comes home early on Thursday night to watch Willa while I put the finishing touches on the column, but for the most part, curating fits well into the daily schedule of a stay-at-home mom.

Did I answer your questions—or create more?

I’d love to hear from you about how you’re coping with the deluge of content that social media generates. Do you opt out? Are you grateful for your friends who help you choose what to read? Or are you, like me, the friend who says, “Hey, I found this article you should read”?

Thanks to Chris Walton, I’ve been thinking since December about Facebook as a walled garden.

Now, don’t get me wrong here. I love the energy of UU Facebook groups. They are an amazing place to meet people, have great conversations, spark new ideas.

But there is a downside, particularly for a religion where newcomers often say, after years of wandering in the wilderness, “I was a UU, and I didn’t know it!”

The downside is that we’re spending a lot of time and energy enclosed in private spaces, talking only to each other.

But we also need to host concerts in public parks.

We need to find ways to bridge private and public.

Which brings me back to HootSuite.

I think HootSuite is a stile in the Facebook garden wall.

What do you think? Are there times when you want to say something to your friends on Facebook—and also to the public at large? What are you using to bridge public and private?

Last Tuesday morning, one of the first things I read on Facebook was a friend’s link to a story from KTUU, our local NBC affiliate. Neighbors had discovered a woman’s body that morning in the parking lot of the Anchorage UU Fellowship.

The article said that police were investigating her death as a homicide.

My mind scrambled, thinking of people I knew from the fellowship who might match the article’s description of the unnamed woman. A quick check of Twitter and Facebook ruled out the two auburn-haired Unitarian Universalists who came to mind.

The next day, the Anchorage Daily News reported that Marya had taken her own life.

Yesterday afternoon, I attended her memorial service. I had never met Marya. My only contact with her was a series of emails this past May. She was serving as a pastoral care assistant for the congregation, and wanted information about online UU resources for one of the people she was visiting.

I attended Marya’s service to support her family and the congregation, both rocked by this tragedy.

And I was hoping to find some way to understand what had happened. I wanted to meet Marya for the first time, in the stories of those who knew and loved her.

The service included an extended time for storytelling. One by one—beginning with Marya’s mother—family members, friends, co-workers and neighbors stepped to the microphone and introduced me to Marya.

She was a gifted quilter, an artist who loved color, a person brave enough with a paintbrush to paint the walls of her home vibrant reds and yellows. She was a generous volunteer, a friend to newcomers, a maker of gifts for people she barely knew. She worked hard, and noticed the little things, like the grubby towels in the fellowship kitchen that she replaced with cheerful new ones. She chased down happiness with everything she had—even if it meant walking in the rain.

Everyone spoke of her generosity of spirit, her kindness, her beauty, her light. Their words formed a picture of such a loving, lovely person.

I found myself thinking about Jenny Lawson, the journalist and quirky blogger known as “The Bloggess.” Lawson, who suffers from depression, passed along a simple, two-word mantra that I’ve found tremendously helpful: depression lies.

I don’t know what lies depression told Marya. But somehow depression deceived this lovely, loving soul into not seeing, not feeling, not knowing the healing love flowing her way in return for all she gave, and all she was.

And that’s a tragedy. A too-common tragedy.

One of the last people to speak yesterday was a neighbor who lives a half-block from the fellowship.

She saw the police tape as she drove by on her way to work on Tuesday morning. When she learned that a woman had been killed, and that the police were investigating it as a possible homicide, her first thought was, “It could have been me.”

Rates of suicide and depression in Alaska are very high. Those of us gathered yesterday knew exactly what she meant. We know the crazy whispers in the darkness of the mind.

This week it was Marya, a beautiful soul I know only through the stories of those who loved her. 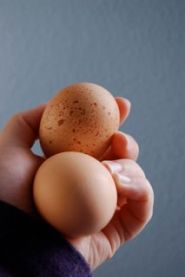 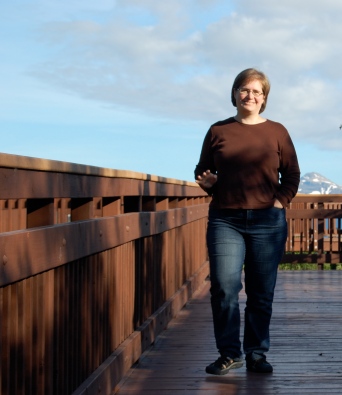 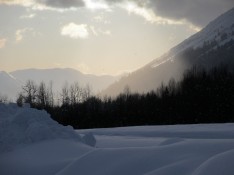